Is it time for an eternity ring? 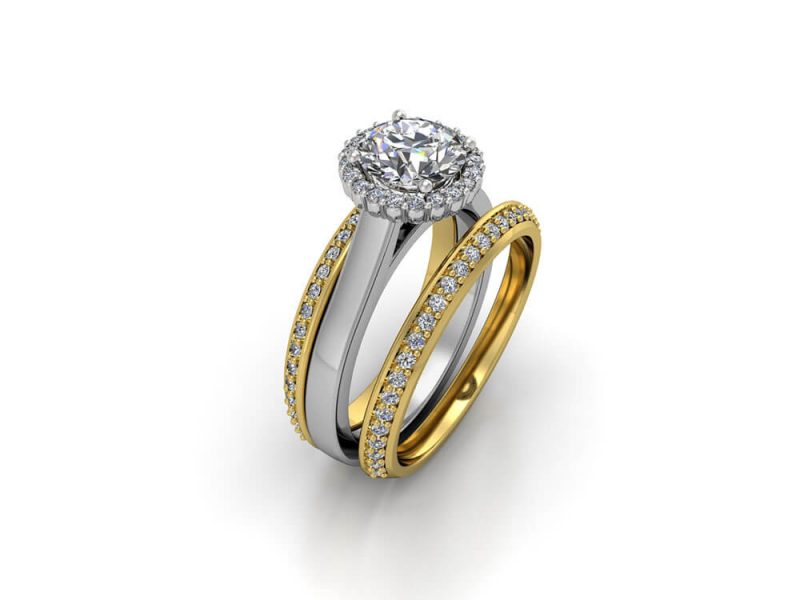 One of the most popular trends in bridal jewellery is to compliment an engagement ring with other bands. We see this all the time, with the most common example being a wedding band that is received on the big day as a symbol of two people coming together. However, for a more perfect balance, many partners also get their significant other a third ring, creating a stunning ‘trio’ of bridal jewellery.

This third ring is commonly referred to as an ‘eternity ring,’ and in this article we’ll take a closer look at what these look like and when they should be given.

Smaller diamonds are by far the most common choice for eternity rings, and these typically form either a ‘half’ or a ‘full’ circle.

What is an eternity ring?

An eternity ring is quite similar to a wedding band in a lot of ways, but is often a little bit more detailed and elaborate. It’s almost always a relatively simple circular shape which represents the endlessness of a long and happy relationship. In terms of stones, smaller diamonds are by far the most popular choice for eternity rings, and these typically form either a ‘half’ or a ‘full’ circle around the band.

Custom made eternity rings are very popular, as they need to fit the existing style of the engagement and wedding rings. The three bands need to work as a complete set, and you need to think very carefully about how they will look when worn at once.

When to give an eternity ring?

Another time where people give eternity rings is after the birth of a child. In most cases, this will be the first child, and in some parts of the world the term ‘maternity ring’ is used instead.

In any scenario, complimenting an existing set of bridal jewellery can be a perfect gift on a special occasion or at a significant milestone. Get in touch with Joseph George today and talk to us about the perfect eternity ring.

How to look after your precious rings

How to look after your precious rings